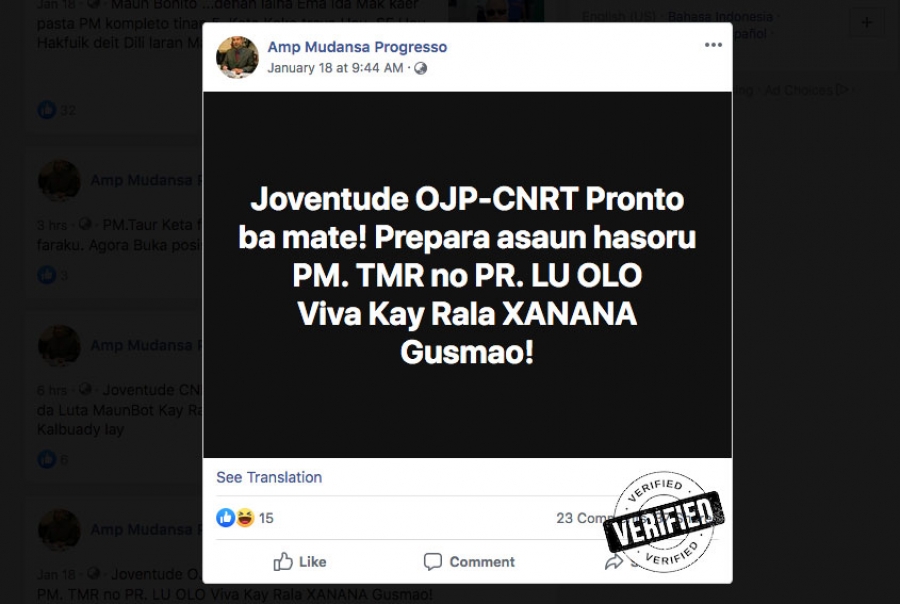 News
On January 18, 2020 the Facebook ID Amp Mudansa Progresso claimed that the CNRT party youth organization (OJP-CNRT) is ready to take action against Prime Minister Taur Matan Ruak and President of the Republic Francisco Guterres Lu Olo regarding to the 2020 state budget proposal which was blocked by the national parliament on Friday 17 January 2020. 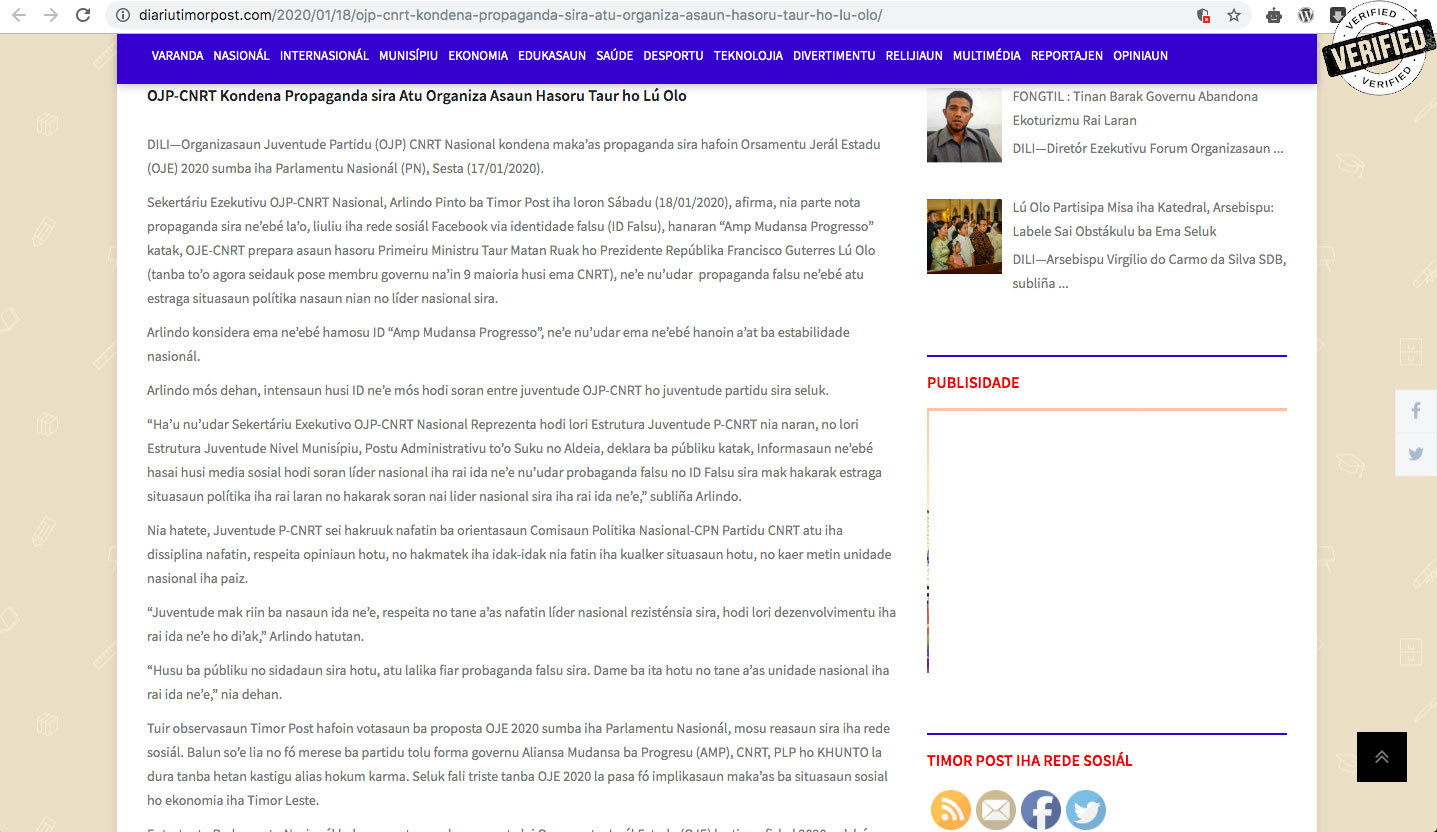 The Timor-Leste's Fact-Checker monitors this issue on social media platforms, especially on Facebook, that the information disseminated by the Facebook ID Amp Mudansa Progresso is false because it has been denied immediately by the executive Secretary of the CNRT party youth organization (OJP-CNRT) Arlindo Pinto.

According to Arlindo Pinto's statement to Timor Post that the information disseminated by Facebook ID Amp Mudansa Progresso was a propaganda.

"I as the executive secretary of CNRT party youth organization (OJP-CNRT) National represent the youth structure of the CNRT party, and also represent the municipality level youth structure, sub-district and sub-village level, declaring to the public that the information disseminated by social media to divide the national leaders in this country, a fake ID that wants to damage the political situation in the country "Arlindo (Timor Post Online 18 January 2020 edition).